Rabies is one of the most life-threatening and contagious diseases on earth. Rabies isn't only a disease animals can get, but people can also get infected with the Rabies virus after they have been bitten by an animal who caries it. Rabies can be very dangerous for a human if not treated adequately, it can ultimately lead to death. Every year, almost 60.000 people die because of this virus.

The more dogs - and other animals - are protected from this deadly virus, the less the disease can get around and more people will survive it. With this goal in mind, the Run4Rabies is being organized! Click here for more information about this event.

Recognizing symptoms of rabies on animals

Recognizing symptoms of rabies on people

When the treatment is done adequately, it is very successful in preventing this disease. The goal of the treatment is to prevent the virus to reach the nervous system. Directly washing a wound with soap and water for 5 minutes is very affective in minimizing the virus particles.

After this, the antiserum has to be administered (passive immunization) and a vaccination (active immunization). These consist of a series of vaccinations, in which the first one has to be administered as fast as possible from when the patient was exposed to the virus. The next shots will be given on day 3, 7, 14 and 30 after the first one. If you are already vaccinated, the treatment after a bite from a potentially infected animal will start as fast as possible (within 7 days) by getting the rabies vaccination and a repeat after 3 days. The vaccination used in The Netherlands is an inactivated (dead) rabies virus and gets administered in the arm muscle. 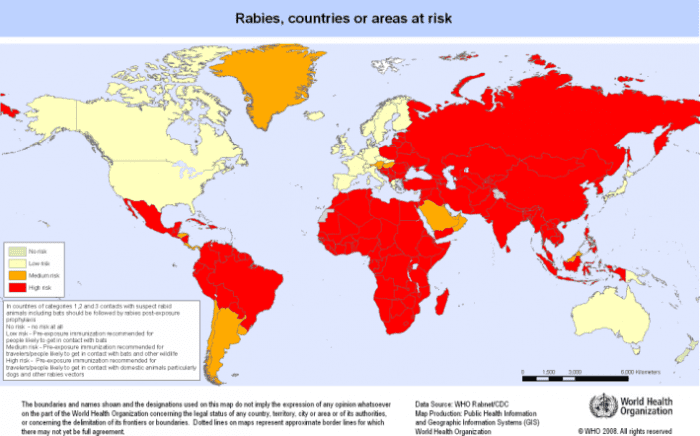 In many countries where rabies is endemic, is the humane antiserum difficult to acquire and expensive. Because of this, the treatment is not always on time.

When it comes to rabies, prevention is the best way of treatment. Both animals and humans can be vaccinated for prevention.

Dogs and cats should be vaccinated against rabies when the go to a different country. The vaccination has te be given at least 21 days before they go. This has to be repeated every 3 years for good protection.
The rabies vaccination for humans are administered on 3 days: on day 0, 7 and 21. This will protect you for 2 years. When an incident occurs where you have been bitten or scratched by an infected animal, you have to get another 2 shots, with 3 days between each. Of course, the wounds have to be cleaned as well. Always consult a doctor and inform them about the potential risk of rabies.

Next to vaccinating, it is important to spot animals with rabies early on to prevent them infecting, other animals or humans. When you are in a foreign country, try to minimize contact with animals there, especially when they stray from their normal behavior and act suspicious. Treat bite- or scratch wounds carefully and always consult a doctor. Education about rabies in countries where the disease is common is important.

To exterminate rabies, it is important to vaccinate 70% of dogs in a certain area against the virus. This way, the virus won't spread to humans and animals. 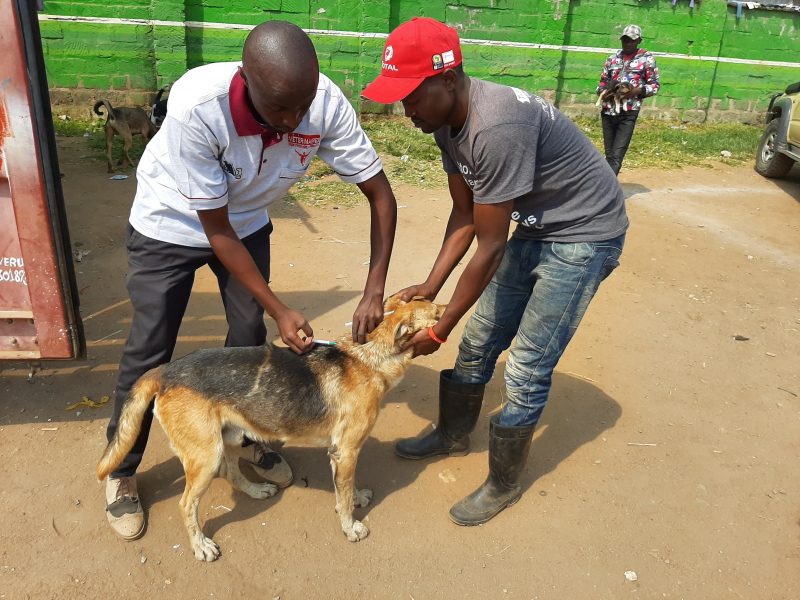