"Last year in April I volunteered for 6 weeks at the rescue center Esperanza Verde in Peru. When you walk around the grounds of EV you see animals everywhere; all kinds of monkeys walk around and jump above you in the trees of the Amazon forest and in addition there are different enclosures all over the grounds with for example macaws, turtles and kinkajous. If you are inside one of the buildings you will see monkeys outside playing, climbing and sometimes looking in curiously. This makes living on EV very special! After your arrival you will soon be introduced to EV where you will learn all about the different animals, their stays and meals. You also learn to recognize the monkeys and their names. There are different daily tasks that you are assigned to, which keeps the work varied. No day is the same at EV; sometimes an animal gets sick or new animals arrive. You also have two days off during the week where you can enjoy yourself; take a walk in the jungle, walk to the viewpoint, take a dip under the waterfall, take time to observe the animals or relax in a hammock. It was very cool that one time during a hike I also saw wild monkeys and this shows that you are really in the middle of the jungle! Life in the jungle also has a downside of course; spiders (tarantulas), snakes, large cockroaches, sand flies, mosquitoes, etc. have a great time there too! Because of this, it is definitely important to always check your shoes and bed carefully because you never know what you will encounter in them. On top of this, life on EV is primitive; cold showers, limited solar power and an hour's drive to a village with wifi. When I was there we had a very nice atmosphere with the international volunteer group, I also think we were even closer because no one was distracted by their cell phone. If you like adventurous primitive living and would like to experience what it is like to live in the middle of the jungle among the animals I would definitely recommend going to EV! Afterwards, don't forget to check out the rest of Peru as well because I was amazed by the versatility of this beautiful country :)." 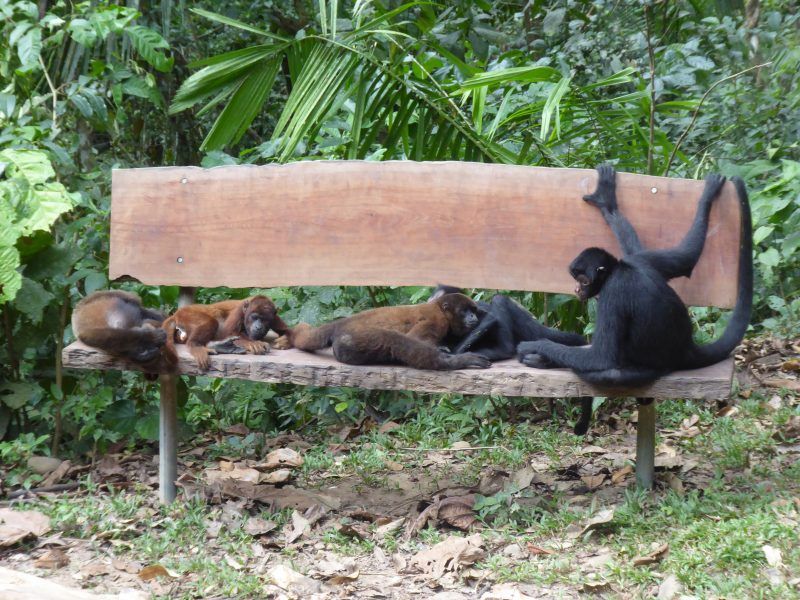 "In August 2019, I spent three weeks in Madagascar to volunteer at Travelling Animal Doctors' rabies vaccination and castration project. What an incredibly cool experience this was! For two weeks I participated in this project and I learned a lot. I got to place many catheters, make injections and tattoos, monitor animals and even castrate animals (under supervision). The animals we helped were mostly dogs, but sometimes cats as well. It was very nice to see how happy the locals were with our help. Every day we set up our tent in a different region, all at Andasibe. The number of dogs in that region is large, so a total of 500 animals were castrated after 8 weeks. Even more were vaccinated! The veterinarians who were involved in this project by Travelling Animal Doctors were very kind and worked very hard. It was an incredibly beautiful experience that I will never forget and recommend 100%. The last week I went traveling around Madagascar with three girlfriends. I also recommend this as it allows you to see even more of the beautiful island." 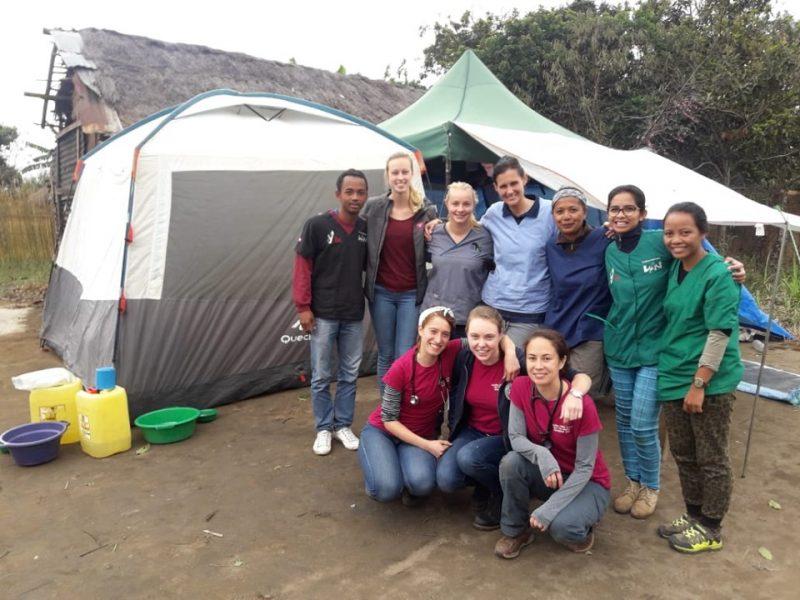 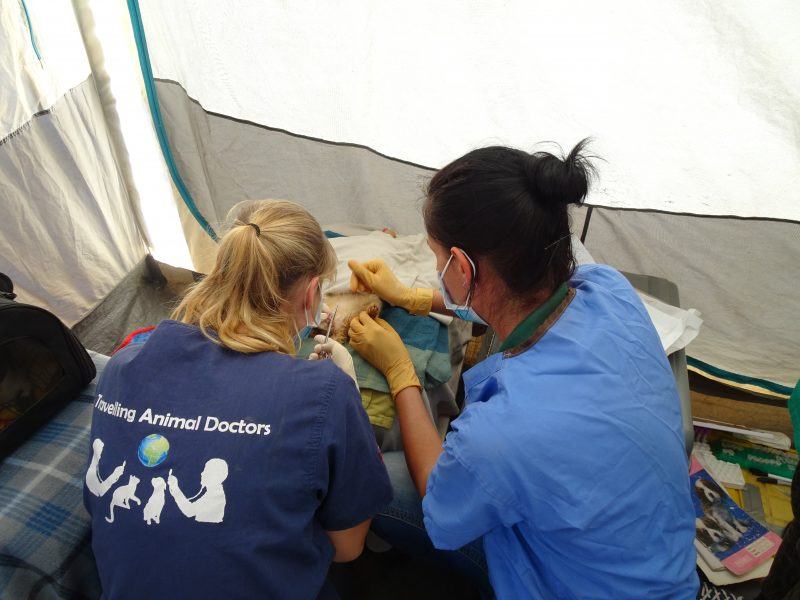 "Together with two girlfriends, I went on a two-week internship in Madagascar with Travelling Animal Doctors. This was truly an experience to remember! The vets and volunteers were all incredibly kind and helped each other when needed. We were very well guided as volunteers with learning new operations such as bloodletting, catheters and castrations. Not only in the veterinary field I learned a lot in this short time. Unconsciously, you also get a lot of the culture and learn how to do your job when materials are scarce. At times it was tough, though. Every day we got up at 6 a.m. to travel to a village where we worked until 4 p.m. or 5 p.m. and sometimes a day could be quite busy. We are very proud of the number of animals we were able to vaccinate and castrate in these two weeks. This has been well worth the hard work! After the two weeks of internship, we continued to travel around the country, all the way from the south back to the middle of the country. Madagascar has such beautiful pieces of nature, I wouldn't have wanted to miss this for anything."

We (Fianne, Jolanda and Lidewei) joined the project of Travelling Animal Doctors(TAD) and Madagascar Dog Initiative(MDI) in week 5. We stayed in a guest house with all the other volunteers and researchers from MDI and TAD. There was a large living room and the three of us shared a bedroom, with private bathroom, where there was no water when the train went by or when cooking. But still the stay was very nice. The nights were cold and it was still chilly when we got up at 6:00 am. Fortunately, there was hot coffee and company at breakfast every morning. Then we got in the car and drove to a (new) location every day. We were accompanied by two Malagasy veterinarians, one of whom studied in England, and a veterinarian from South Africa who has been living in Madagascar for 7 years now. The volunteer team consisted of three vets and one other student besides us. 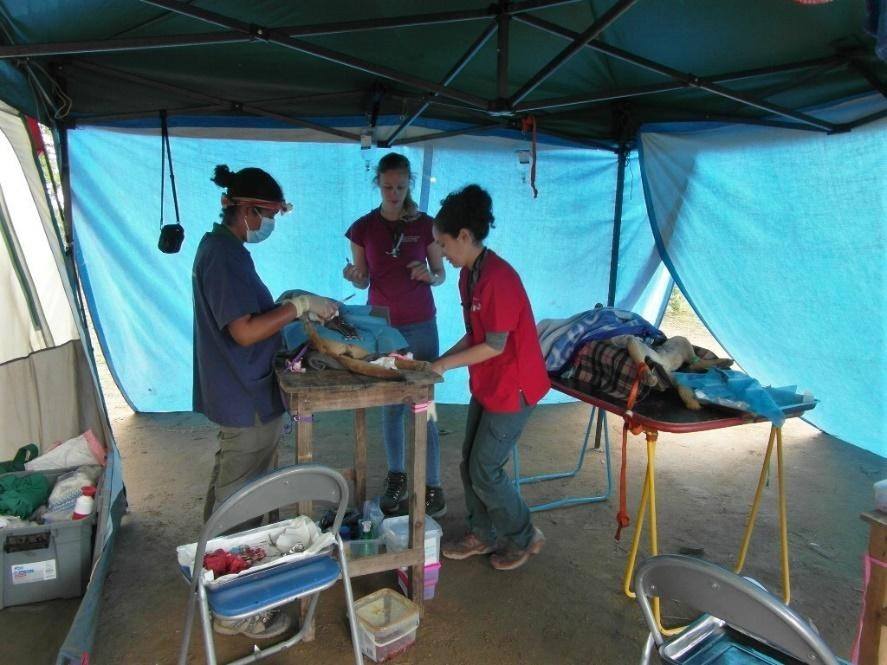 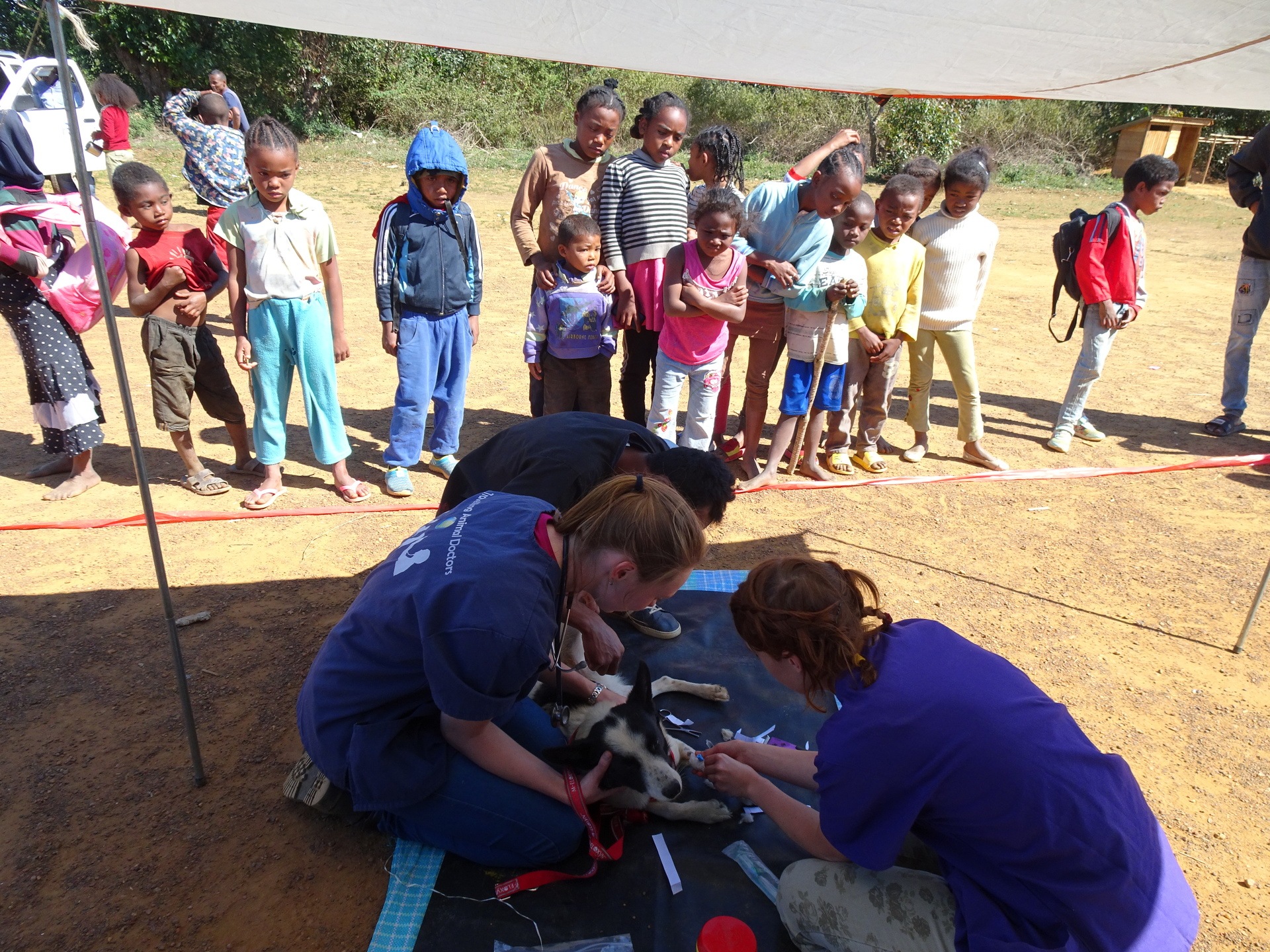 On Day 1 of Week 5, we went to a small village called Antsirinala, where we performed 11 surgeries and 19 vaccinations. This day consisted mostly of getting used to the process and learning how everything goes. The following day we went to Soavinorona in the Moramanga region. Here 12 animals were operated on and we visited another local school. Because education is also an important part of the project. The presentations are intended not only to inform the children about rabies and animal health, but also to enthuse the children about veterinary medicine or other university studies. The week went on like this for a bit and eventually 62 animals were castrated. This meant that during the whole campaign up to then 200 animals had been castrated. We celebrated with a delicious Malagasy pizza! We can look back on this week with pride, as each of the volunteers had the opportunity to perform an operation. This was hugely educational and the veterinarians assisted us with great patience and confidence! 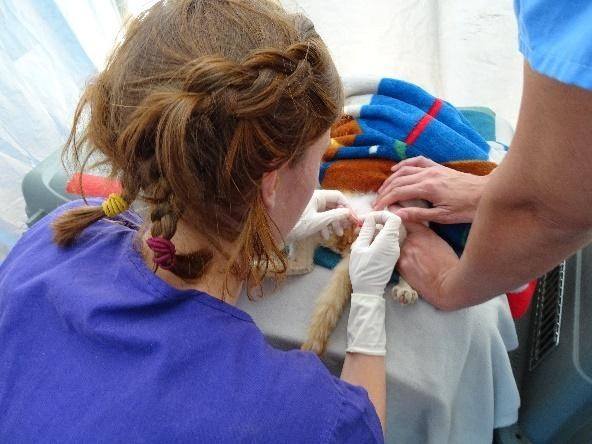 Still, performing surgery was super exciting. I stood at the operating table with trembling hands. What if I cut something wrong!!! And then the dog also woke up at the end of the surgery. That was the moment I found out that I can perform well under pressure. I only had to stitch off the most superficial layer of skin and as soon as that dog started floundering my hands stopped shaking and I MUST finish quickly. That may also have been the reason that on the second castration, which I had to perform more independently this time, I began with; "This dog is old, so needs to be operated on faster or he may get stuck in sedation. But it worked. I started without shaky hands. Over the weekend we had time to explore the area. Saturday we went to the local national park (Andasibe National Park) where, as you can see from the photos, we came face to face with the Indri Indri, a lemur that can live up to 60 years old and so is not so shy. We also saw a lot of special geckos and chameleons. 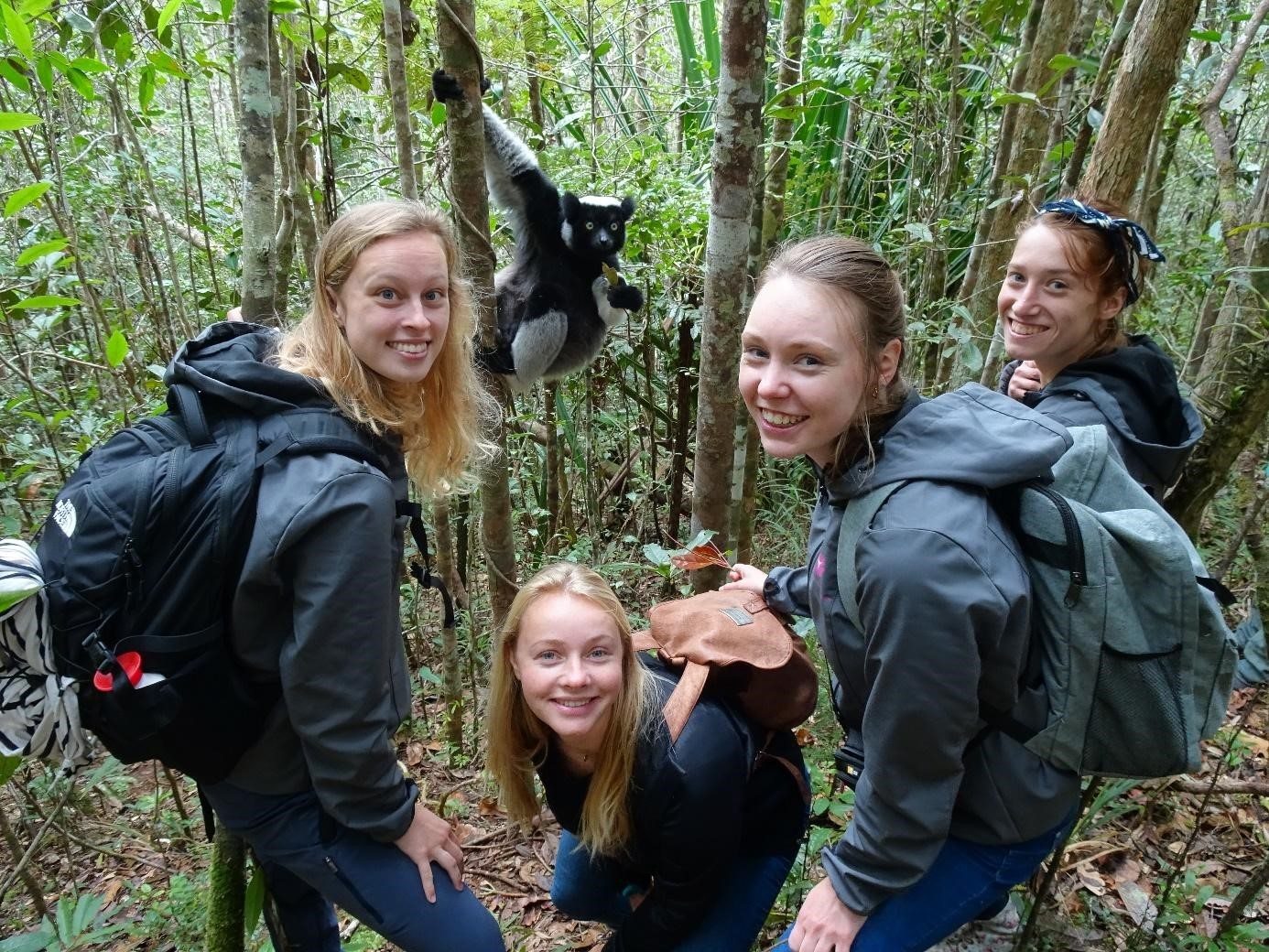 There was also time during this weekend to relax, play music and socialize at a restaurant for cocktails. Should you ever find yourself in Madagascar.... Beware of the cocktails with rum! You can almost disinfect a wound with that.

Monday we continued working as usual. The days now seemed much longer while we had the same amounts of animals. This may ultimately have been because we were already used to everything, so we could work more efficiently and with more confidence. Again, there was plenty of opportunity for us to learn and "to scrub in. Females are a lot trickier, so they spared us that, but males were excellent learning opportunities for us. Since it obviously takes us more time to perform an operation, they didn't let us perform one every day. But they were always open to questions and explaining their operations. In the end, we treated 51 animals this week. Just a little less than hoped for, but we also went back often to places that had been visited before. Saturday it was already time for us to go on a road trip. Lisa then joined us and the four of us had a super week. But that's another adventure entirely. 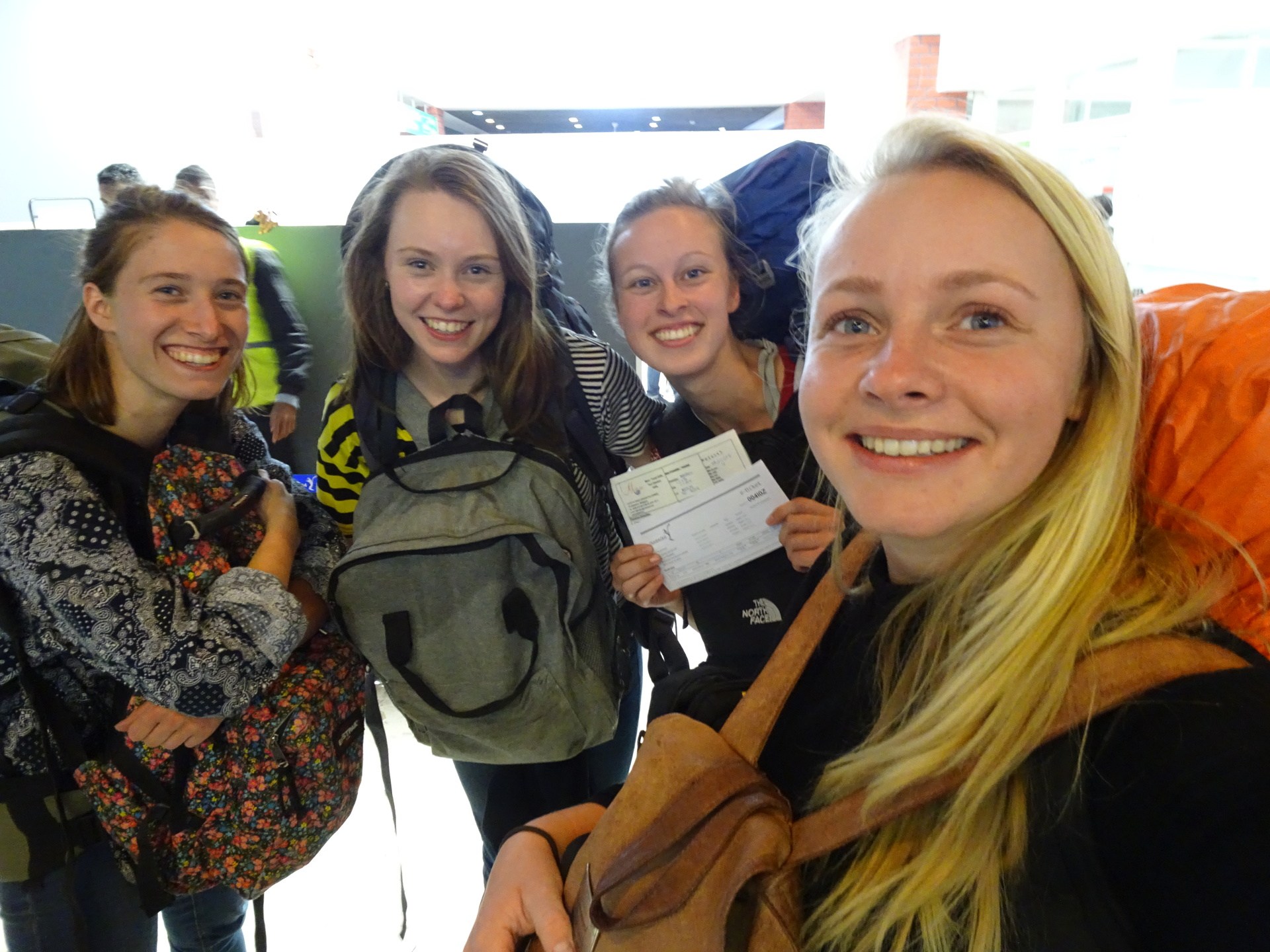 "When I heard I could start Veterinary Medicine in September 2019, I wanted to take a trip that summer. I was very hesitant between backpacking or volunteering. In the end, I chose volunteering with animals. This would be a good foundation for my studies and I would be helping others, two birds with one stone. After searching for a while, I ended up at HWR in Oil Springs, Ontario, Canada, through an organization. HWR was set up by one woman and receives no money from the government. She has to do everything with volunteers and donations. So she can use all the help she can get. It is a non-profit organization dedicated to rehabilitating injured animals from the area and then releasing them back into the wild. If an animal can no longer be released due to circumstances, they see if it can be used for educational purposes. For example, they have a number of animals that have been there for a while and are therefore used to people. For example, these are taken to meetings and lectures to teach people. Some of these species are seen as pests (opossums, skunks), or just cute (raccoons, squirrels) which makes people want to keep them as pets. So it is very important for locals to learn about this. However, this is a small part of the work. Most of it consists of cleaning pens and feeding animals, bottle feeding young animals, helping with gardening, making new pens and chores in and around the house. It's hard work and you shouldn't be dirty getting your hands dirty, but it's all worth it when you end up releasing the animals back into the wild where they belong. When I was there there were a total of 7 volunteers. 2 from Germany, 1 from Austria another 3 from Canada itself and me. All of us were around the same age, so during and after work we had a good time at the campfire, a movie night and some game nights with a drink with us. I really had a super time in Canada and I will definitely go back there again! I am still in contact with the owner and when I told her that I wanted to share my story through Vets Without Borders to arrange more help for her she jumped a hole in the air with joy. This alone shows that she really is a good person whom I would like to help where I can. If you are interested definitely send an email to DzG and I can tell you all about it!" 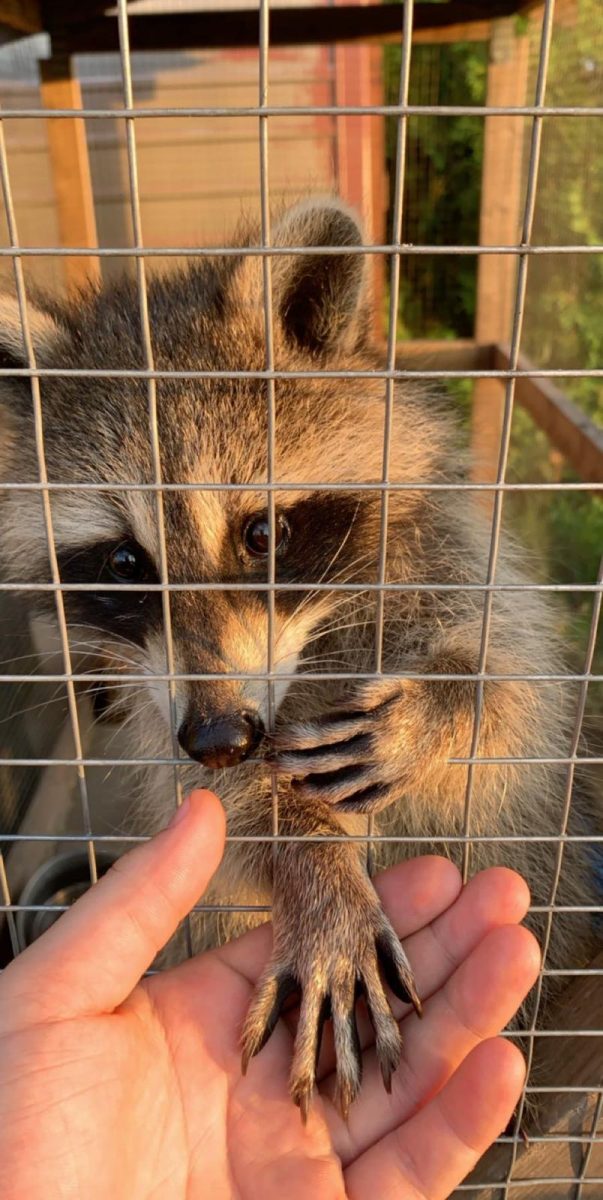 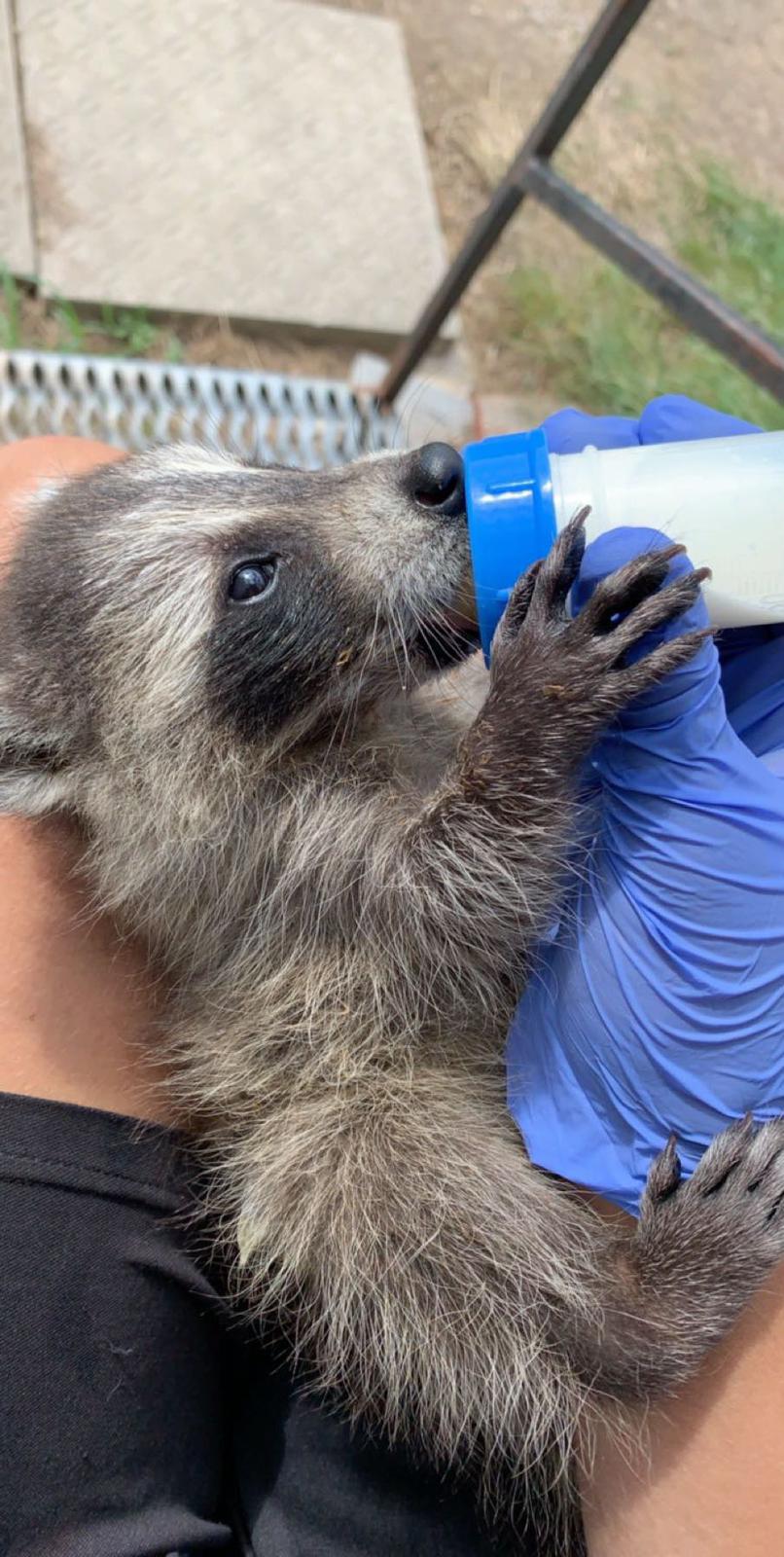 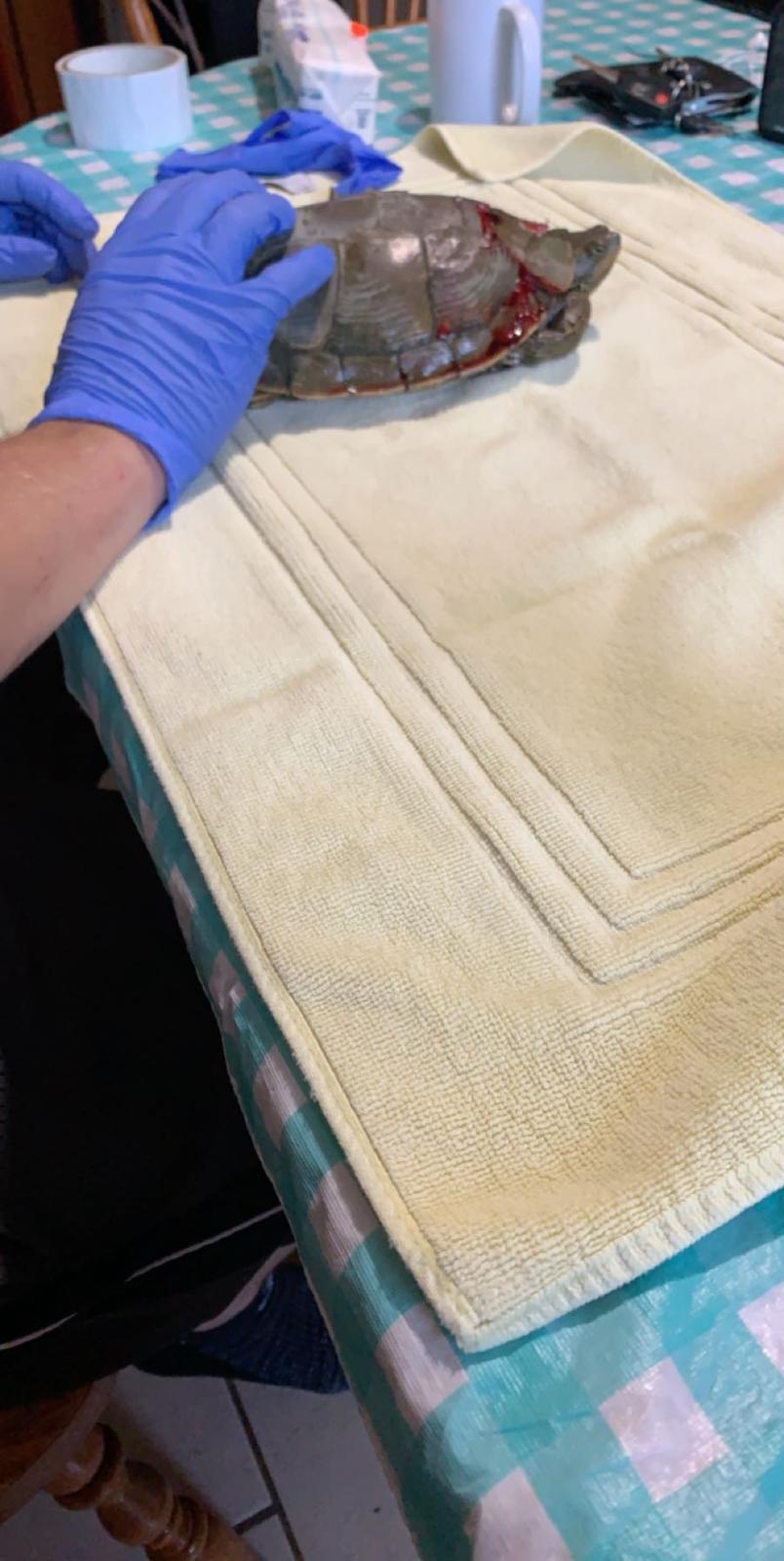 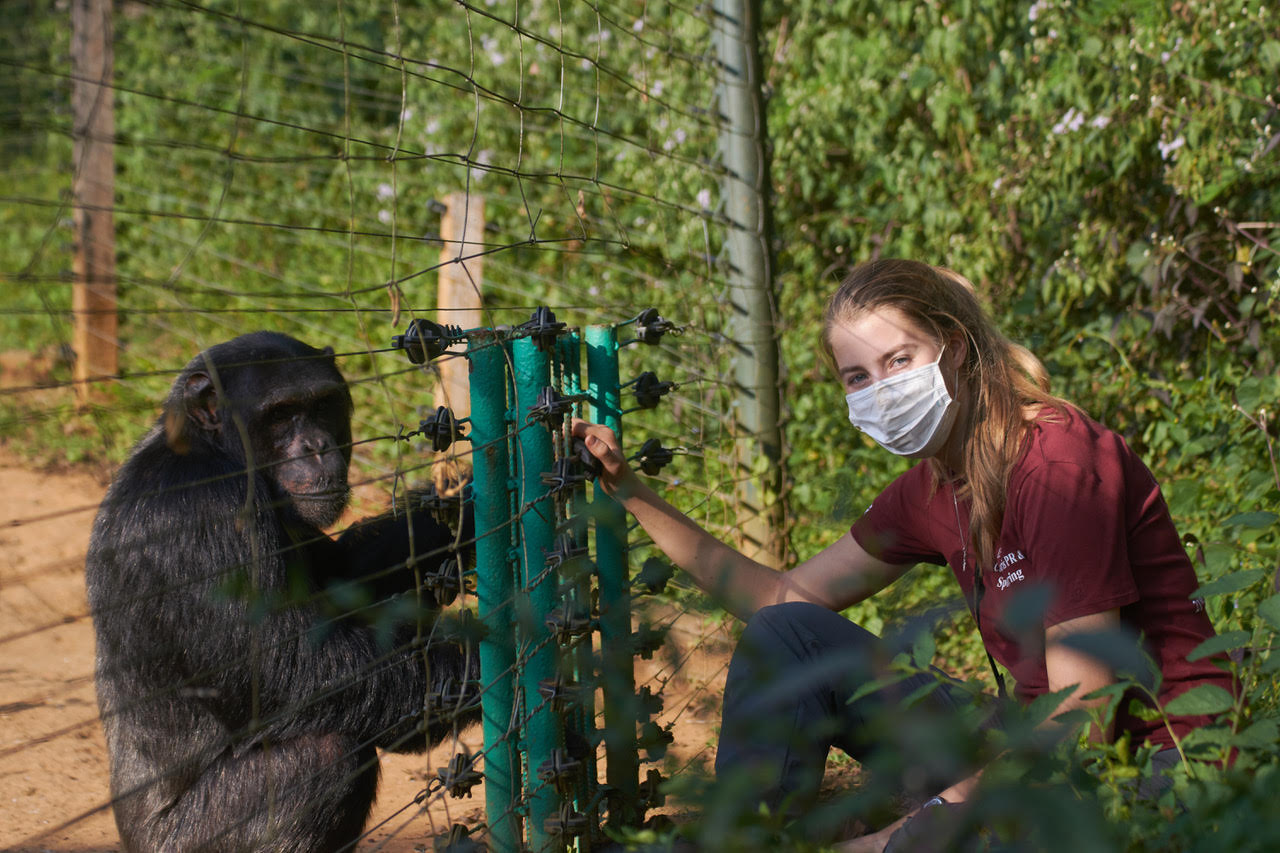 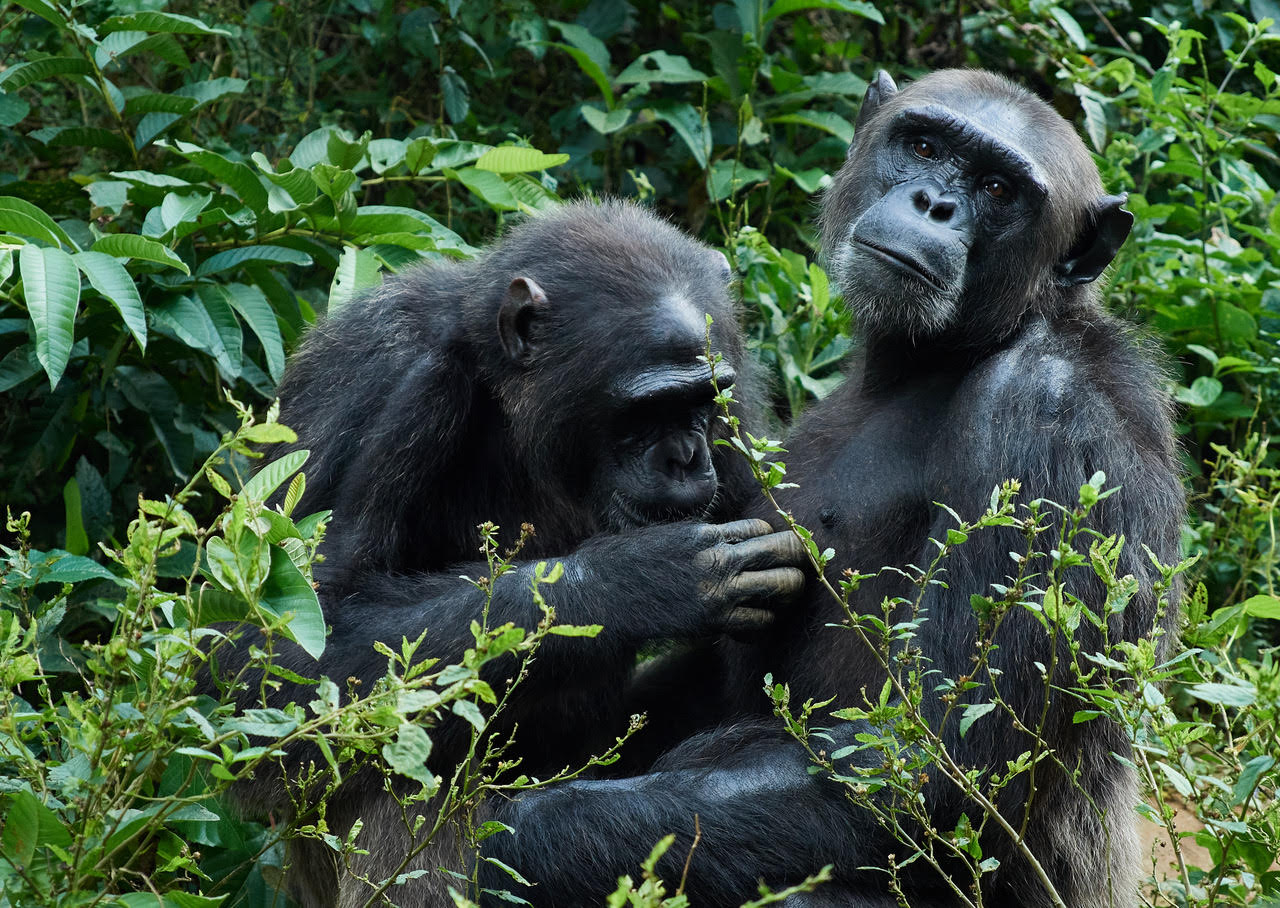 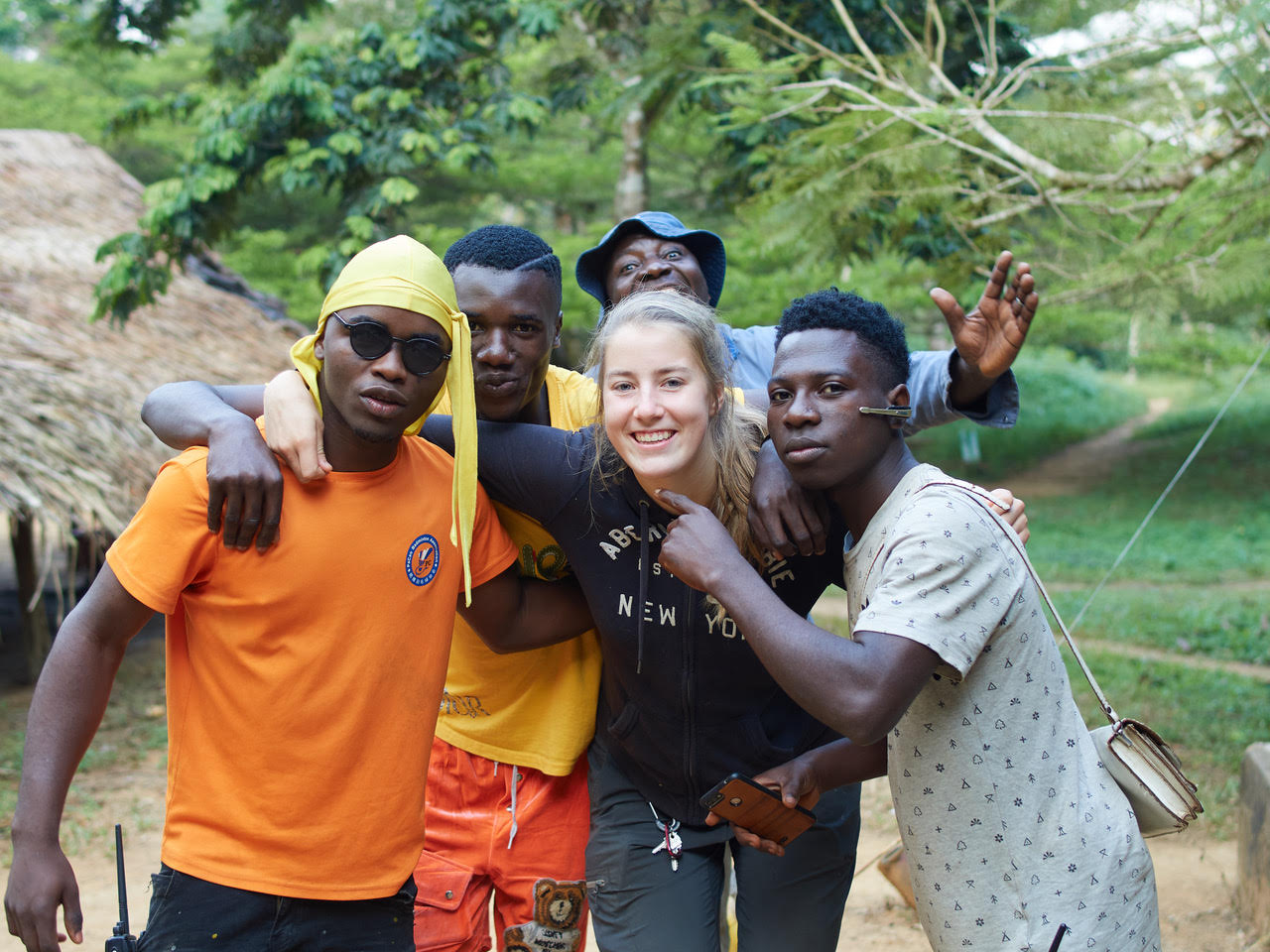 Together, we can work on food security all around the world.
With your gift, we improve the future of African families by keeping their herds healthy.

I want to make a donation